WANT TO IMPROVE YOUR HEALTH? 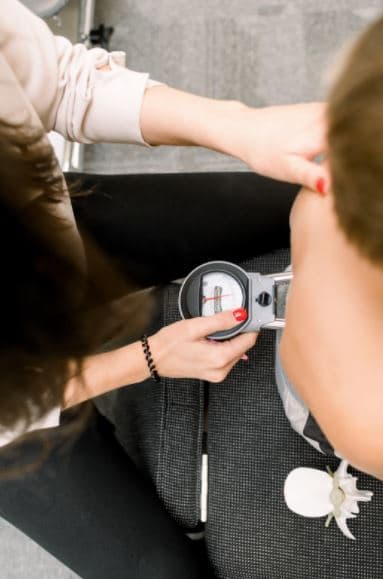 Would you make a big decision without gathering as much available information as you can, especially regarding your health? Of course not. And neither will we. As Gonstead chiropractors, we believe that every practice member deserves to have a comprehensive analysis in their clinical picture to ensure the highest level of chiropractic care and to eliminate ALL guesswork.

Besides our initial neuromusculoskeletal examination, we provide an in-depth analysis Every. Single. Visit. to make sure we are addressing the exact problem. No single objective measurement is 100% accurate which is why we use at least 5 or more different objective tests to confirm that the problem we need to correct truly is the problem. If all 5 tests are positive, it’s safe to say that the problem is truly there. The Gonstead method uses as much objective data as possible to ensure that what we are working on is indeed the problem we need to address. That’s what makes the Gonstead method so precise and specific, and why our practice members receive the best results.

this is why we are

The greater the specificity, the greater the change we will notice in a practice member’s health. Dr. Gonstead noted that three adjustments on the wrong vertebral segment could cause a Subluxation; therefore, it is extremely important to be as specific as possible.

This is why we choose to practice the Gonstead method. Chiropractic is specific or it is nothing. We want to help the people in the Charlotte area be able to live the lifestyle they deserve. 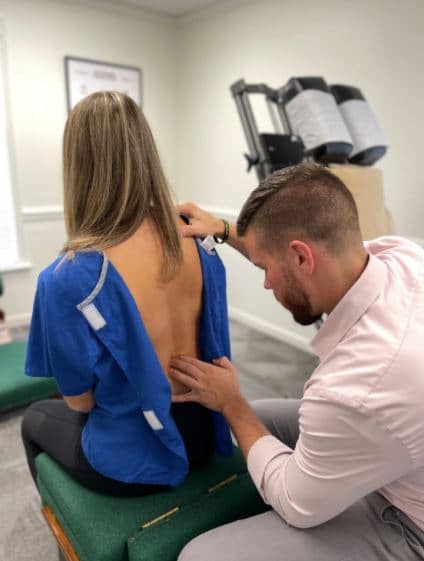 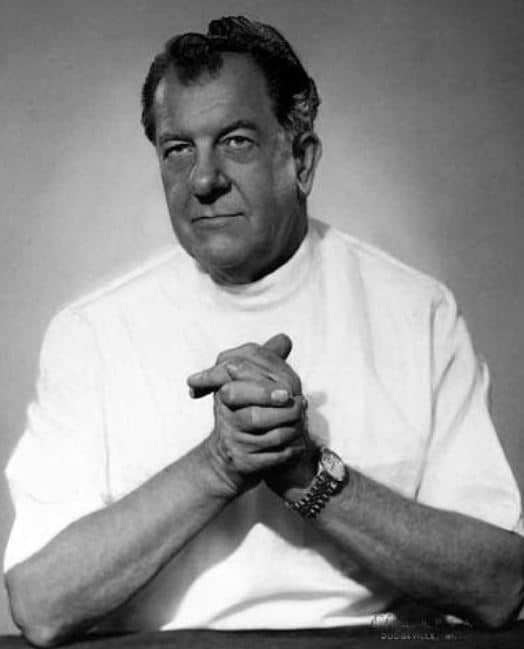 In the Gonstead System we utilize Full Spine x-rays, both A-P and Lateral views. Full Spine films use less radiation than sectionals, provide an accurate vertebral count, provide full spinal contour representation for posture analysis with axial weight-bearing, and show problems other than the chief complaint. Full spine X-Rays are essential to Gonstead Chiropractic as they allow us to regard the practice member totally in analysis and corrective procedures.

We use a dual probe instrument (Nervoscope or Delta-T) to get a bilateral temperature comparison of the spine to locate areas of inflammation. The readings obtained through instrumentation will show whether subluxations are present or not, if they are being corrected, and when a correction has been attained.

Both Static and Motion Palpation are utilized to precisely pinpoint areas of involvement. Static Palpation is the “hands on” part of the examination. This will indicate changes in contour, tone, texture, and temperature on the practice member. Motion Palpation is used to determine the mobility of the vertebra, or lack thereof, and the position of the subluxation.

We take into account all the information we can get from the patient. One method is by simply looking at them very carefully. In the Gonstead System visualization starts from the moment the practice member walks in the door. Differences in height between the ears, shoulders, and hips as well as posture and gait are useful to confirm your X-Ray and Palpation findings.

Understanding problems with a practice member’s health helps us determine where they may need to be adjusted. All body systems and areas are supplied by different nerves, and therefore different areas of the spine. Symptoms can help discover where the main problem is and aid us in applying a specific adjustment. We also listen to how your symptoms progress. If they are getting better, we are most likely adjusting the right vertebra. If they get worse, we may need to change our approach.

We apply all the information from these modes of analysis and correlate our findings to determine the most likely cause of the practice member’s problem. After subluxations are found, a proper adjustment is applied to effectively correct problem areas.

about the gonstead method

WHO WAS DR. GONSTEAD?

Dr. Clarence Gonstead redefined the nature of healthcare and built a chiropractic Mecca in small-town Wisconsin. He is one of, if not the most influential figures in the history of Chiropractic and his system lives as a shining example of the best that Chiropractic has to offer.

Dr. Gonstead got his introduction to chiropractic after he was diagnosed with a crippling case of rheumatoid arthritis at the age of 19. His aunt sought the help of her chiropractor after mainstream medicine was unable to help, and after a course of adjustments, he regained his ability to walk.

Before chiropractic, Dr. Gonstead worked as an automotive engineer, where he developed and then applied mechanical principles to the correction of the human spine. After studying human biomechanics extensively, he introduced the Level Disc Theory, stating that subluxation began at the disc where the inflammatory response from damaged tissue created “nerve pressure” resulting in the neurological complications associated with subluxation.
The assertion that the genesis of subluxation arose from disc involvement was indeed a revolutionary one. Dr. Gonstead created an entirely new method of correcting vertebral subluxation centered around this principle, the goal of which was centering the vertebrae on the disc to restore an optimal relationship. In this new system, Dr. Gonstead pioneered several inventions to maximize the efficiency of detecting and correcting subluxations. His development of the Nervoscope enabled practitioners to objectively pinpoint the neurological components of a subluxation.
Dr. Gonstead became internationally renowned through determination and constant refinement of his craft. He built his clinic in Mt. Horeb Wisconsin, which boasted an airstrip and hotel for patients who literally traveled the world to receive his care. It is said that Dr. Gonstead never went to bed on the same day that he woke up, adjusting patients all day long and often working late into the next morning. And it is a little-known fact that during the polio epidemic that swept the United States in the first half of the 20th century, Dr. Gonstead did not lose a single patient to the disease.

Dr. Gonstead postulated that when the Parallel Disc relationship is compromised by vertebral misalignment the pivot point of the nucleus pulposus is compressed and puts pressure against the surrounding annular fibers, damaging them.

This tissue damage creates an inflammatory response causing the disc to expand, causing a pressure on the nerves in a given intervertebral foramen, resulting in neurological dysfunction.

The Gonstead system says for this reason that subluxations begin at the disc. It is important to understand the stages of spinal degeneration so as to visualize what adjusting direction and force must be applied for correction.

Intervertebral discs act as both a protective cushion allowing for flexibility as well as a supportive coupling between vertebral bodies to ensure a normal and healthy range of motion.

The Nucleus Pulposus is the dense central mass that holds fluids and nutrients and functions as a pivot point or “ball bearing” during the movement of two vertebra. The Annulus Fibrosis is the outlying layers of fibrocartilage and collagenous fibers, much like the “rings” observed in a cross-section of a tree trunk. The Annulus is anchored to the cartilaginous endplates of adjacent vertebral bodies.

Dr. Gonstead’s Level Disc Theory states that “anatomically and physiologically normal discs will allow the vertebral bodies to assume their optimum relationships”. This is observed when the vertical height of two vertebra is uniform 360º around with the vertebral bodies in line. This relationship is known as “Parallel Discs” and allows for equal weight-bearing, adequate nutrient supply, and optimal joint function and movement in the spine.

Are you new to our office? Take advantage of our Special Offer!

“Thankful to have found Dr. Hartley and his team at Axiom! I have always prioritized my health and wellness. Tyler and Meghan have helped me to get a better understanding of my body and their holistic approach to health and wellness has me feeling the best I have ever felt in my life. Chiropractic is an essential part to feeling and living your best life. Highly recommend you find you a team like this help you out in your wellness journey !!!”